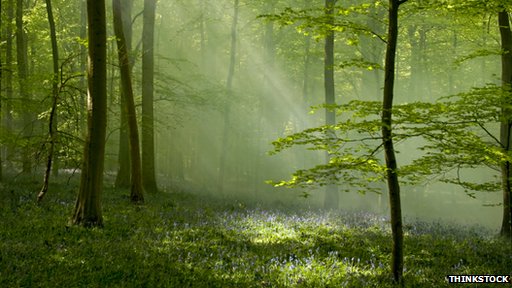 The government is stepping up monitoring of a disease thought to pose a serious threat to UK oak trees. Acute Oak Decline, which causes weeping patches on the stems of mature trees, is on the rise in England, particularly in the Midlands and the South East. A national survey has been commissioned as part of a new £1.1m research drive.

Thousands of trees are thought to be affected, the Forestry Commission's lead scientist on the condition told Radio 4's Farming Today. "This is a serious problem in the UK," said Dr Sandra Denman.

"So far we've only seen it in England, but because we haven't done any formal surveys we're unsure as to the full extent of the problem. But we do estimate that there are many thousands of trees that are affected."

Scientists believe a beetle may be responsible for the disease. They are also trying to isolate and identify a bacteria found on the dying trees that might be linked to the infection. Little is known about the rate of spread of the disease and whether all oak trees are at risk.

"We know that it does affect both of our mature species - so that's the sessile oak and the pedunculate oak," said Dr Denman. "But because our native oaks are native they have a very broad genetic base and so we're hoping that there will be some trees that will have a natural resistance to this condition."

Symptoms of Acute Oak Decline include "stem bleeding" in which dark fluid seeps from splits in the bark and runs down the tree trunk.

"Acute Oak Decline is a concern because it can lead to the death of even these large old trees that have survived lots of other impacts, and it appears to be spreading”
Dr Keith Kirby University of Oxford

The public is being urged to report any suspected cases using a Tree Alert app available from the Forestry Commission.

"It can lead to tree death, within four or five years in many cases. Defra has provided £1.1 million funding for a research project to increase understanding the disease and how it might best be tackled."

The oak is found in most woods in the UK, and is the dominant tree in many areas of the country, particularly in the west of England. It supports a wealth of wildlife, including insects, fungi and lichens.

Woodland ecologist, Dr Keith Kirby, of the University of Oxford, said: "Acute Oak Decline is a concern because it can lead to the death of even these large old trees that have survived lots of other impacts, and it appears to be spreading.

"Although Acute Oak Decline may be spreading less slowly than some other pests and diseases, even slow spread is serious when we think in terms of the lifespan of a tree."

Better monitoring of Acute Oak Decline is part of a strategy to protect tree health, in the wake of the discovery in the UK last year of Chalara fraxinea, which causes ash dieback.

Experts are putting together a list of the main tree pests and diseases which threaten Britain. Pests that are being studied include chestnut blight, plane wilt and bronze birch borer. Meanwhile, the Woodland Trust is calling for more public education on signs of disease and pests in woods. A recent survey found eight out of 10 people are unable to identify an ash leaf when shown an image of one.

There are currently 15 tree diseases listed by the Forestry Commission as being present in the country, with another five suggested as not yet present but as having the potential to arrive.